The Prosecution of Burkhardt Lenniger

Subect:         Open Letter:Example of the Rule of Law in Germany

I think it is appropriate, to present you with a live example of “due process in Germany” so that you can gain insight into a typic 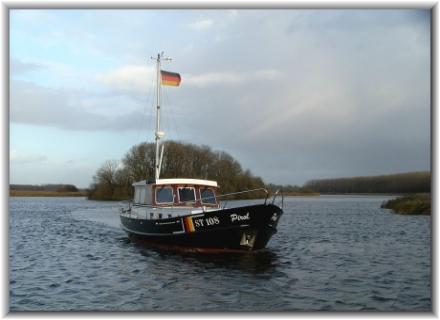 al criminal case, in addition to the statistical information which I have already provided in my letter of 21.06.2011. As this happened on 21.07.2011, I have not yet had the chance to debrief everybody  who was there observing. Therefore, for the moment, I have picked out the parameter s which are typical, and representative of the other 200,000 cases per year of “insult” as well as of a typical criminal trial. The information comes mostly from the accused himself, together with some additional Information and documents.

Mr. Burkhard Lenniger is a retired policeman, who was invalided out of the force after he had

developed cancer. In 1989 he began a career as a naturalist, assisted by his biologist wife, and won many prizes for his films. In 1993 he acquired, for about €230.000 Euros, a ship (“AFK Pirol”) for his further researches. In 1996 the financial authorities in Cuxhaven asserted, on a seemingly threadbare basis, that he was using the AFK Pirol (left) for private purposes and demanded that he pay €60.000 in back taxes. This resulted in a long-standing dispute with the financial authorities together with much litigation. The latest development was a “Summary Penalty Order” (SPO), for “insult”, as the causal offense, issued against him on 18.05.2011.

The SPO in Germany awards a penalty, for an offense, without a court hearing. As opposed to an administrative fine, e. g. for a parking offense, it is a court decision which can contain anything up to a suspended prison sentence and is signed by a judge (see below for an illustration of the case in question. Mr. Lenninger was fined a total of €900,00). Mr. Lenniger subsequently appealed against the SPO and so the matter went to trial on 21.07.2011.

The SPO offends, in its very form, against Article 3 of the European Convention for Human Rights which lays down a public hearing in such cases, whether the accused likes it or not. Germany does not willingly observe this convention, although she signed up to it.

A special variant of double jeopardy in Germany consists of a judge pronouncing sentence in an SPO and then presiding over the public hearing, in the event of appeal, and awarding himself a second chance to sentence. It was so in this case: Judiciary Hase ( see above) appeared, as large as life, to preside over the public hearing on 21.07.2011. There is no civilized justice system in the world, outside of Germany, which could call this a valid procedure.

Fusion of Verdict and Sentencing Phases . 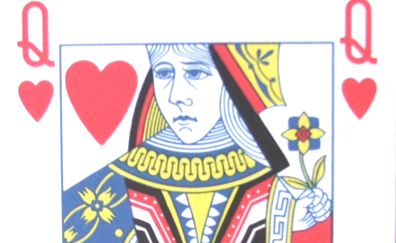 In Germany it is laid down by Rules of Procedure (RPs) that the verdict and sentencing phases are to be combined. This causes a mass pile-up of countless sacred principles of criminal law. The “presumption of innocence” is the most important casualty of this chaotic brew of primitive procedures. Right at the beginning of any given criminal hearing and before any evidence is heard, the accused is interrogated on, among other things, his financial affairs. In other words he has to turn out his pockets in public. There is no such thing as a probation officer's report to be presented at the sentencing phase, which would take care of this point. As there is no separate sentencing phase at a German trial, they fudge their way around this matter- not to mention the data protection laws.

At this stage there is ample opportunity for German judiciaries to decide what sentence they are going to award the accused. The presentation of evidence, which occurs later, is for many German judiciaries just an annoying interlude. In cases of “insult” especially, this sequence of events can be misused. Mr. Lennigan got exactly this treatment.

The “fusion” as described here was procedure in the pre-Bismarck era and even then it was fundamentally wrong. The fact that more than 150 years later German judiciaries still think this is OK, is hardly a quality seal on their professional competence. Even Hitler thought very little of them , which gave them, as a profession, a huge inferiority complex. As a result they had to look for ways of getting his recognition. This may be the reason why they removed Jews from their professional ranks so early in the Nazi era. It did not work, however, and they remained degraded while Hitler remained in power. 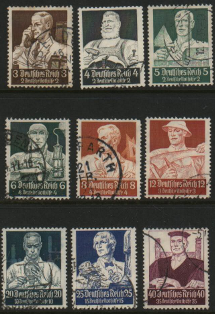 One can get an impression of the standing of German judiciaries in 1934 from the set of stamps (left) representing the main non-military professions. The judiciary is right at the end of the queue, bottom right. I am told that the cost of normal letter post in those days was 12 RPf which would have meant that the farm laborer would have appeared on most letters and the judiciary (40 RPf) hardly at all. (They cannot have been very pleased about that).

It is interesting that the notorious president of the Volksgerichtshof, Roland Freisler did not like being classed as a non-combatant and in his letters to Hitler, literally begging for recognition, he described and signed himself himself as “your political soldier, my Führer”.

Since those bad old days the profession has improved its standing in political life, so much so, that 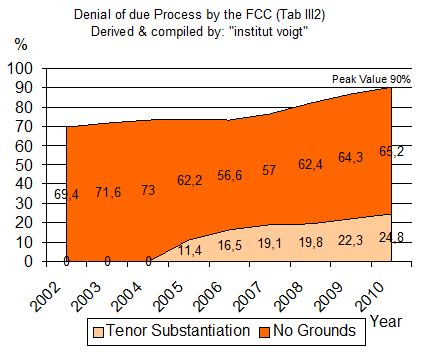 the president of the Federal Constitutional Court Voßkuhle is described as the third most important man in the state, after the President and Bundeskanzler. His performance in office is, however, not so hot, at least as far as German citizens are concerned. There is a 90% rate of denial of due process. Perhaps this is a desirable performance, since it blunts the effectiveness of his court and reduces the number of corrections.

This is a token of Germany's attitude to separation of powers. The political quota system for the selection of judges is another [1].

No Insight into the Court Files.

We do not normally recommend that an accused person defend himself. It is, however, a right laid down in the European Convention of Human Rights. Mr. Lennigan elected to defend himself, which opened the way to more arbitrariness by the court. He was not granted insight into the court files, because German courts discriminate against self-defense. .

In Germany it is customary for the presiding judge to come into court with the files under his arm. These files contain information which may be prejudicial to the accused, and for that reason this custom is prohibited in most countries with correct procedures. The presiding judge is not allowed to see the files until the sentencing phase, in the case of a conviction. Germany, of course, does not have a sentencing phase, so that this is used to justify the judge having access to the files at the outset. This is part of the judge fudge: One irregularity generates several more.

There was a discussion on the validity of the complaint, in which Mr. Lenniger could not participate, as he had no access to the information.

None of the witnesses, which Mr. Lenniger wanted to call were allowed, which is typical of the asymmetry of German criminal trials. To suggest that German judiciaries should hold to any laws of discovery would be regarded by them as an indecent proposal, if indeed any of them would understand what one was talking about.

I have, not by a long chalk, covered all the irregularities of a German criminal trial. The SPO , the fusion of Verdict and Sentencing phases, the refusal of insight into files as well as the asymmetry of the presentation of evidence all add up to enough of a horror scenario.

Any appeal procedure up to the Federal Constitutional Court would in the cases of insult, be unlikely to succeed. President Voßkuhle sees to that with his 90% denial of due process statistics.

Perversion of justice is traditionally the perfect crime in Germany, as it is hardly ever prosecuted, thanks, in part, to the justice being part of the political sleaze.

You want to tell us that Germany is in the top 10 of the world for the “Rule of Law” ratings. We do not believe you!